This confidence trick has its origins starting in the 16th century where the hustler tells their victim they are in correspondence with a person of great wealth falsely imprisoned in Spain. Due to the sensitivity of the matter the prisoner must rely on a friend to raise funds with an emphasis in secrecy to avoid [...] 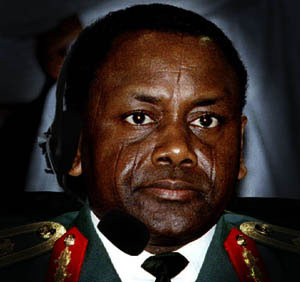 Likely Targets: Credulous individuals with a desire for quick and easy money.

This confidence trick has its origins starting in the 16th century where the hustler tells their victim they are in correspondence with a person of great wealth falsely imprisoned in Spain. Due to the sensitivity of the matter the prisoner must rely on a friend to raise funds with an emphasis in secrecy to avoid possible repercussions. The con artist will promise a handsome reward once the victim is freed of a large sum of money and possibly the beautiful daughter of the prisoner to bride.

Generally, Advanced Fee Fraud involves a scam artist convincing their victim that they are in communication with a wealthy individual who, due to an unusual circumstance, are unable to liquidate their fortune and need a Good Samaritan to advance some assistance. After the victim sends the funds the con artist indicates further complications have arisen and thus more funds are needed. The mark is thus strung along till they either run out of money or come to a realization they have been had.

Common elements to this scam involve the use of fake checks, fraudulent money transfers, and anonymous communication with the victim.

1) 419 Nigerian Scam: Currently the most prevalent Advanced-Fee Fraud con since the 1980’s and mostly perpetuated by Nigerian con artists. The term derives from the 419th article of Nigerian criminal code under the title “Obtaining Property by false pretenses; Cheating”. This scam now is widespread in many countries.

In this scam the victim is usually contacted by email, telex, or fax promising a huge reward of 10-40% of a multi-million dollar fortune which cannot be released due to a technicality. This technicality usually involves the need for the victim to assist the scammers with government fees, taxes, or legal fees before the fortune can be released. Psychological ploys such as guilt is commonly used such as informing the mark they already have sacrificed much in attempts to assist their friend. False documents and forged bank statements are provided to gain trust with the victim.

Common elements to this scam involve the use of fake checks, fraudulent money transfers, and anonymous communication with the victim.

Very few recipients reply to this offer but due to the efficiency and ease of emailing millions of potential victims, the scammers are able to steal millions every year.

2) Check Cashing: This variation involves the confidence trickster baiting their mark into cashing a check for them. The victim is persuaded by the scammer into using their bank account to cash a check either due to the scammer having a closed bank account due to a technicality or they don’t have the ability to open one to cash the check. In some instances the con artists deliberately leads the victim to believe they are stolen checks and the victim cannot be blamed for a check that another person issues to them. The mark is presented with a fake or forged check which he than must divide amongst all involved parties.

The critical issue here is that most financial institutions conduct very little preliminary verification to the veracity of the available funds and will always hold the bank account holder liable for the check and not the anonymous scam artist. If the checks are stolen or forged you will see a negative charge applied for the check in full in a few days to a few months’ time.

3) Purchasing Items or Services: The most common use of this ploy involves sending fraudulent electronic funds or checks for your advertised product. Individuals on Craiglist or Ebay are commonly targeted by an interested but fraudulent buyer who sends them funds for the item they wish to sell. Hacked paypal, e-gold, or bank accounts are used to wire funds for your item or service, only to be deducted later when a claim is filed. Fake cashier’s checks are sent which initially clear, yet later are deducted by your bank.

For high cost items the scammer will sometimes send you prepaid postage in hopes that you do not realize the prefilled recipients address is out of the country thus making legal retaliation almost impossible. Another psychological ploy is sending a check for a larger amount to entrust the seller into mailing both the item and the difference as change. Whether the victim decides to keep the full amount or makes the added mistake of further enriching the con artist, the scammer risks nothing.

Another variation involves the scammer advertising a high dollar item for sale such as a car or rental apartment but need a deposit to secure the item. Either the item never exists or doesn’t belong to the scam artist.

4) Pyramid or fake job offers: This is a particularly insidious trick to rob the unemployed. Pyramid schemes promise huge potential salaries which rarely materialize but almost always require the victim to pay a registration fee or pre-purchase their inventory.

Another technique is to use fake companies offering positions which require special permits and fees before work can begin.

5) Fraud Recovery Con: Lists of former victims are often used by con artists to re-target past marks. Grifters impersonate a government official or private investigator promising to release the recovered assets the mark previously lost or filling them with hope of a possible recovery. In both instances some fees must be made in order to proceed with the recovery.

“A fool and his money are soon parted,” is an idiom which comes to mind with this scam. Ancient proverbs such as The Goose that Laid the Golden Eggs and The Dog and Its Reflection warn us not to greedily chase after illusory fortunes. One should be skeptical of deals which are too good to be true and doing business with anonymous parties.
When selling items on auction sites or through the classifieds investigate the buyer’s reputation and avoid shipping any item outside the country so you can pursue legal action with fraudulent payments.