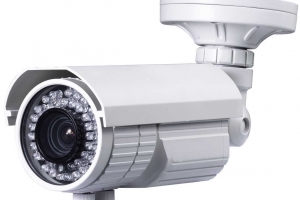 Analog security CCTV (Closed-circuit television ) cameras have a sensor which captures the video images and send them to a DVR (Digital Video Recorder) . The recorded video image is limited by both the camera and the DVR.  Most Analog DVR’s will capture video up to a maximum of D1 resolution which is 704 (horizontal resolution) x 480 (vertical resolution) (NTSC) or 704 x 576 (PAL).

Analog cameras can be wireless but typically are wired to the DVR. The cable used is typically coaxial but other cable can be used like cat6 with the addition of video baluns.

The lower resolution in analog cameras (compared to certain IP cameras) forces you to be much more careful in camera positioning and lens selection.  A wide angle lens on an analog camera covering a large field is unlikely to be able to capture detail of a thief’s face that is almost out of view. Choosing the right lens, camera placement, and using more cameras can help cover all the detail you need.

The DVR can also be set up to broadcast over the Internet very efficiently with one IP address.

4)      Can cheaply capture license plates during the day with the right optics and very slow speeds; fewer than 15mph.

1)      Resolution is limited; may need to install more cameras to compensate for this

1)      Carefully review the details of the DVR. Most will advertise HD video but this is for live multicast viewing only and the DVR will only record up to D1 resolution. Usually you will have to read this in the fine print or spec sheets. There are certain DVR’s that will record in HD resolution but these are rare and expensive.

2)      Most DVR’s will record at 25 or 30 fps only at CIF resolution 352 x 240/320 x 240 on each camera. DVR’s will typically advertise the maximum fps that can be divided as you wish between the cameras or channels. 4 channels DVR’s can have 120 FPS (Frames Per Second) available or 30 fps NTSC but DVR’s with more channels may be limited to 7.5 FPS for each camera. Higher quality DVR models will allow greater amount of FPS to be captured.

3)      It is a good idea to always spend a little more money and make sure you purchase a DVR with free available channels beyond the amount you intend to initially use. The price difference between an 8 channel and 16 channel DVR is usually only 30-$80 higher, so it’s worth it to get the 16 channel for upgradability.

4)      PAL has a higher resolution but displays fewer fields per second (50 versus 60 for NTSC) or 25 fps.  If you have an analog camera which supports both resolutions, you may prefer to opt for PAL setting to extract a bit more resolution out of the camera in vertical direction. 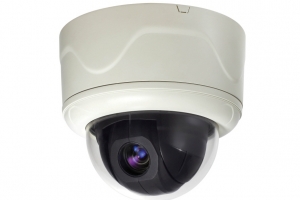 An IP (Internet Protocol) camera has an image sensor much like the analog camera. Once it has captured the video image, it transmits it as data over a network connection.  With IP cameras you are no longer bound by the broadcast standard.
The lowest end IP cameras use the same sensors as analog cameras, so they have the same resolution of 720×576 or 720×480, but IP cameras can record much higher resolutions like 2048 x 1536 or 3MP.

Typically, IP camera companies advertise the resolution in megapixels.   To determine the resolution, simply multiply the horizontal resolution by vertical and divide by one million.  If a camera has 1600×1200 resolution, it would have approximately 2 million pixels or 2M. The extra resolution allows you to zoom in and get a lot more detail to get details which analog cameras may not get.

There are many wireless and wired IP cameras. And with advent of Power over Ethernet (PoE), IP cameras can be powered using the same Ethernet wire.

IP cameras will typically record the data on a Network Video Recorder (NVR), which is usually a regular computer with special software instead of a DVR.  Some IP cameras allow you to record locally with an SD card as well.

3)      If you have a spare computer you can eliminate the need of purchasing a DVR.

4)      Possibility to avoid DVR/NVR purchase and stream video to cloud and pay ongoing storage costs and transmission instead.

2)      Security companies will sometimes recommend IP Cameras because they have high profit margins on the software. It is possible to sometimes get similar or the same software free of charge.

3)      Sometimes a company will give the false impression that a high resolution 2M or 3M IP camera will capture all plate numbers. While this may be true it is dependent upon many variables such as lighting and the speed of the vehicle. Most IP cameras cannot get plate numbers accurately above 30mph even at extremely high resolutions; specialized license plate cameras are needed for this.